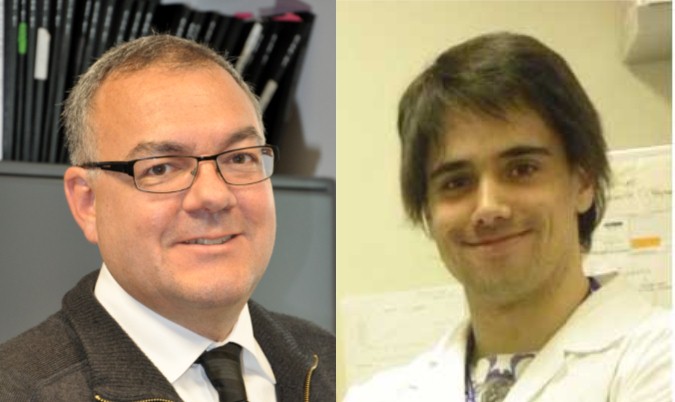 A recent study published in the journal Genes & Development highlights the work of Drs. Vincent Giguère and Étienne Audet-Walsh of the Goodman Cancer Research Centre, in collaboration with a team of researchers led by Dr. Simone Chevalier at the McGill University Health Centre, who successfully identified an mTOR-dependent gene signature which could help predict recurrence in prostate cancer patients. The protein mTOR, found bound to the DNA in the nucleus of prostate cancer cells, was previously understood to be in other cell compartments, but seldom in the nucleus. Through Drs. Giguère and Audet-Walsh’s research it was discovered that not only is mTOR found in the nucleus of prostate cancer cells, but that a strong correlation exists between mTOR nuclear content and how aggressive the cancer is. Healthy prostate cells show scant evidence of mTOR in their nucleus, but its localization to the nucleus dramatically increases as the cancer progresses toward a poorer outcome. The more aggressive the cancer, the higher concentration and activity of nuclear mTOR.

Drs. Giguère and Audet-Walsh findings were published at the beginning of August, and given special designation as the journal’s Editor’s Choice.

The research will now shift to designing therapeutic approaches which specifically block the activity of mTOR in the nucleus, thus minimizing harm to healthy cells.