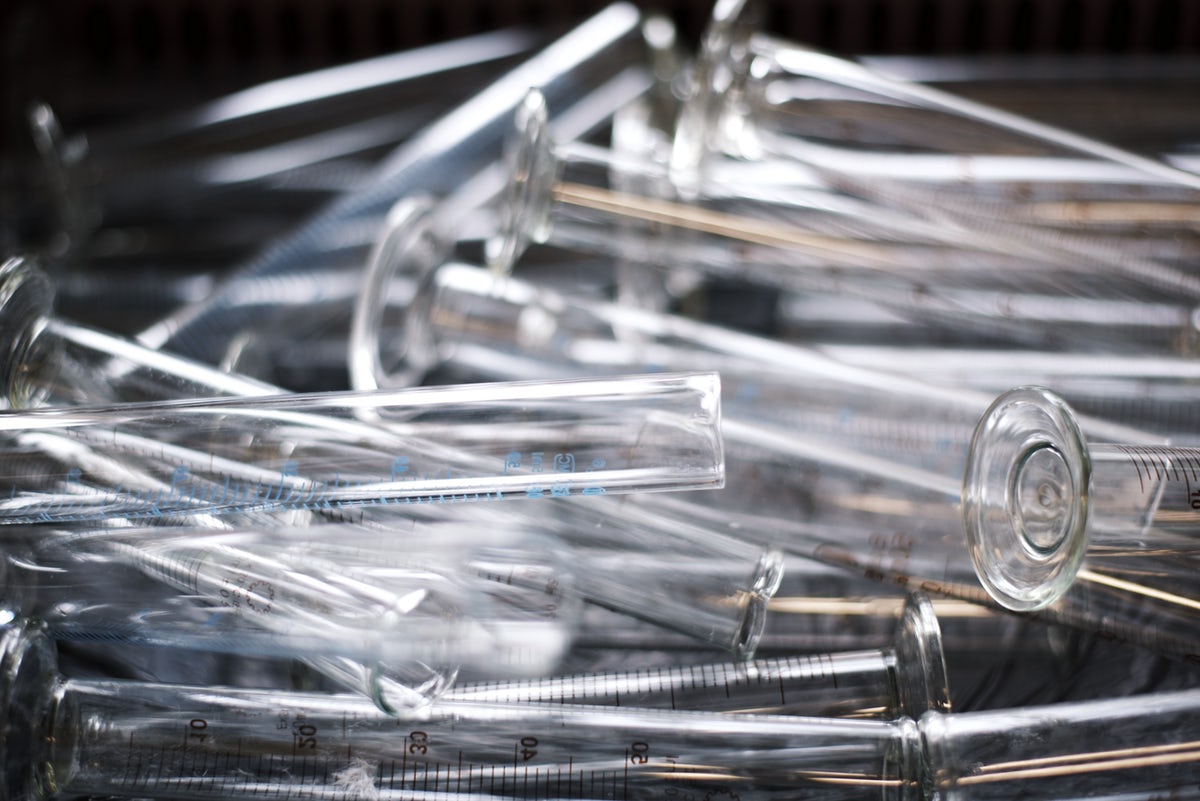 This article was originally published on The Conversation, an independent and nonprofit source of news, analysis and commentary from academic experts. Disclosure information is available on the original site.
By Dr. John Bergeron, Emeritus Robert Reford Professor and Professor of Medicine at McGill, McGill University

This year’s Nobel Prize in chemistry was awarded to American Frances Arnold for her 1993 discovery that enzymes occurring in all life forms could be markedly improved through directed evolution.

Her discovery used what’s known as the constant Km to calculate enzyme efficiency. A “constant” in science represents insight into the rules that organize the universe.

Remarkably, Arnold’s discovery, which transformed the development of new drugs, biofuels and even laundry detergents, was based on an equally amazing discovery in 1913 by Canadian scientist Maud Menten.

A constant for every enzyme

Largely unrecognized in Canada to this day, Menten’s discovery was to calculate enzyme efficiency. The term she defined, Km, is a constant for every enzyme and may be as fundamental to the life sciences as Max Planck’s constant h, discovered in 1901, which led to the German theoretical physicist receiving the Nobel Prize in physics in 1918.

That such a fundamental property of Km was never recognized with any scientific award to Menten is regrettably not an isolated incident in Canadian life sciences.

The constant Km is a characteristic for every chemical reaction carried out by any enzyme and can be used to define the function of an enzyme.

Despite obtaining numerous degrees, social impediments for women at the time eventually forced Menten to leave Canada. Women scientists during this era were largely forced to choose between a scientific career and marriage and children.

Menten developed her career in the United States. She joined the famed Rockefeller Institute from 1907 to 1909, where she published the institute’s first monograph.

In 1910, as a research fellow at Cleveland’s Western Reserve University, she began studying the importance of hydrogen ion concentrations in the blood. Like-minded in research interests, she chose to continue this work as a visiting scientist in Berlin with German biochemist Leonor Michaelis.

Michaelis had a position as bacteriologist at the now-famous Hospital am Urban in Berlin. It was here, in 1912, that Menten joined Michaelis and history was made with one of the greatest discoveries in the life sciences. Through the Michaelis-Menten equation, we can define the specificity, efficiency and proficiency of any enzyme in any life form.

The discovery concerns how chemical reactions take place in all our cells. For example, table sugar sucrose is broken down into fructose and glucose in our body.

However, sucrose cannot spontaneously break down into fructose and glucose. There is an energy barrier that must be overcome.

Enzymes have evolved in all life forms to overcome these energy barriers. The yeast enzyme studied by Michaelis and Menten, which breaks down sucrose — namely invertase — is used in alcohol fermentation.

Menten pioneered an elegant experimental design to test the hypothesis that invertase directly interacted with sucrose. What’s astonishing is that she accomplished this in 1913, before any knowledge as to what an enzyme was.

Her discovery was the first insight into how chemical reactions in all life forms are regulated by enzymes. Her observations and precise measurements were formalized in the landmark paper with Michaelis as the Michaelis-Menten Equation, and define the constant Km.

More than 100 years later, the importance of this key paper continues to be celebrated.

As employment opportunities were unavailable for Maud Menten in Canada, she returned to the U.S. to continue her cancer research fellowship working with Dr. George Crile at Western Reserve University in Cleveland from 1913 to 1914. Ironically, this was the same George Crile who successfully nominated Canadian Dr. Frederick Banting for the Nobel Prize in 1923. Menten, however, was never nominated for a Nobel Prize.

After obtaining a PhD in biochemistry from the University of Chicago in 1916, Menten continued her outstanding academic career at the University of Pittsburgh. In 1949 — the year she retired — she was awarded full professorship.

In 1951, she was finally welcomed back to Canada to continue her cancer research at the British Columbia Medical Research Institute. Plagued with arthritis, she retired in 1954 to Leamington, Ont., where she died in 1960.

As exemplified by this year’s Nobel Prize winner in physics, Dr. Donna Strickland, Canada could consider becoming a global champion in STEM to harbour our own talent pool for discovery research.

For the life sciences at least, recognition of past transformative discoveries should be considered.

Maud Menten could be considered as the name of a new discovery research institute. Modelled on similar institutes in London and Heidelberg, Germany for all of Europe, such a concentrated incubator of only early career investigators may finally deliver on the hopes and aspirations of Canada’s Fundamental Science Review that have as yet been largely unfulfilled.