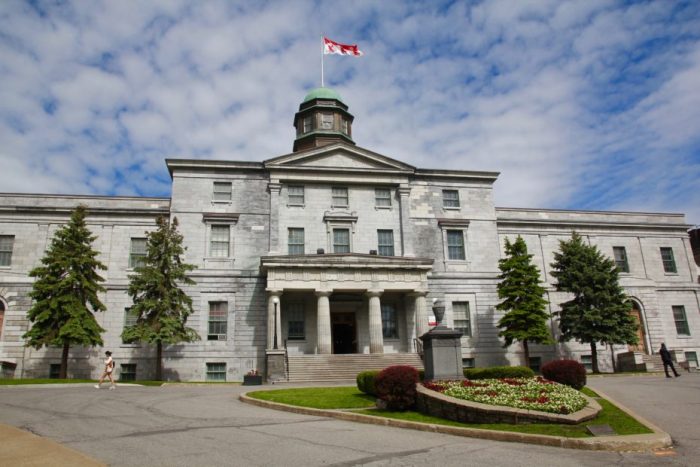 The Honourable Kirsty Duncan, Minister of Science and Sport, recently announced an investment of over $275 million for 346 new and renewed Canada Research Chairs at 52 institutions across Canada. The Canada Foundation for Innovation also made an important investment towards these Chairs in providing more than $5.2 million in new funding for research infrastructure, supporting 30 Chairs at 18 institutions.

McGill’s CRCs are world-class scientists and scholars from diverse backgrounds who are working on new discoveries and innovations that help our environment, health, communities and economy thrive. In nominating CRCs, McGill develops and implements a detailed equity and diversity plan.

Nationally, the most recent cohort is composed of 47 per cent women, 22 per cent visible minorities, five per cent persons with disabilities and four per cent Indigenous peoples. This is a notable improvement in the number of underrepresented groups taking up these prestigious Chairs as compared to previous competitions.

“I extend my sincere congratulations to our newest Canada Research Chairs, who together represent the breadth of McGill’s research excellence across eight faculties,” said Christopher Manfredi, Provost and Vice-Principal (Academic). “McGill shares the CRC program’s  commitment to equity, diversity and inclusion in Canadian postsecondary labs and classrooms.”

Impact of inequities on students’ education

Among the newly appointed CRCs is Professor Michael MacKenzie of the McGill School of Social Work, who was one of fifteen members, and the only Canadian representative, on a Consensus Committee of the U.S. National Academies of Sciences, Engineering, and Medicine. Yesterday, the Committee released a report calling for a centralized indicator system to measure equity in education and to bring attention to disparities in outcomes and opportunity in the United States.

The report, Monitoring Educational Equity, highlights how societal inequities influence nearly every aspect of students’ education, findings with relevance to the Canadian system. “We often think of education as the great equalizer, yet we increasingly see that access to opportunities and outcomes are uneven and often amplify existing social inequalities,” said Professor MacKenzie.

Here are the Faculty of Medicine’s new and renewed CRCs (Cycle 2018-1):

Here are the Faculty of Medicine’s new and renewed CRCs (Cycle 2018-2):